Sneaky Little Sister Films is a video production and motion graphics company in Oakland. We make videos that:

So if you need to explain something to a group of people, maybe an animation or video can help. We’re happy to talk it over! 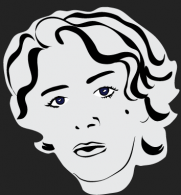 Kia Simon, an award-winning filmmaker, started Sneaky Little Sister Films in 2004 in Oakland, California, with a focus on motion graphics and narrative storytelling. Kia says “The design we create should always be telling the story, not distracting from it. It’s always about the ideas that are being communicated.” In addition to mastering new design tools and methods, Kia enjoys learning about new topics and fields through her work. Kia recruits and cultivates artists with diverse design styles and sensibilities, helping them to improve and grow their skills.

Kia’s narrative films, music videos and documentaries have played in festivals all over the world. Her documentary Looking for Sly won awards for Best Short Doc at SXSW, LA International Short, and Tortured Artist Film Festival. Her music videos have been in rotation on MTV, and won awards from Zoie Fest and Berkeley Film Festival. The Pacific Pioneer Fund awarded her the Emerging Filmmaker Grant. Both PBS’s video i and Varnish Art Gallery in San Francisco have presented retrospectives of her work. She participated in AFI’s Women Director’s Workshop and in Film Independent’s Director’s Lab and Fast Track Program.

We first hired Kia to create videos for two of our new wine brands that required out-of-the-box creativity and big energy, while of course on a restrictive budget and timeline. Not only was it a pleasure to work with her team, the results were exactly what we needed and game changing in our marketing programs. I highly recommend Sneaky Little Sister when people ask if I know a good video production company.